Are you big friends with the Mock Turtle?

Kat asks if I am big friends with the Mock Turtle. Naturally it is always a pleasure to introduce fellow marine creatures to the blogosphere. He takes a keen interest in education, as does I believe Kat. The main subjects he studied included Reeling and Writhing, Ambition, Distraction, Uglification, and Derision. He is seen below with a Gryphon and a human lady called Alice.

The Mock Turtle's Story is a dreadfully sad one. In spite of this he is still able to run a very attractive website at www.mockturtle.co.uk.

(Kat, I know you have also asked about whether lobsters and turtles have internal magnets. It sounds very painful - I think we will have to wait for someone with a scientific mind to chance by in order to get that one answered.)

They are seeking the opinions of the residents of Watford. Lobster Blogster thinks its... 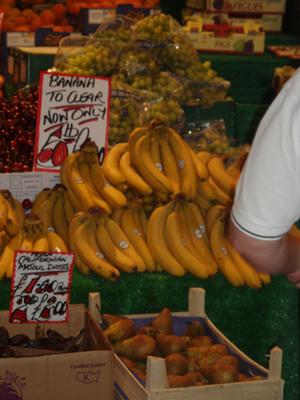 Technical Problem: Installed Mouse is Incompatible with the Printer

Red Lobster with Tickly Tenticles has recently been doing some research into hardware and software which is incompatible. He has discovered that not every mouse will work correctly with every printer.

Before I show you the result of his research, I am pleased to annouce that Lobster Blogster has discovered the answer to a question, that is: Do lobsters blush? The answer is yes, when they receive fulsome praise like that which was forthcoming from Nogbad, who blogs therefore he is. He also poses a tickly question: Is Ben Johnson American? I hope that someone will write in soon to get that sorted out. There is also an earlier question outstanding from anonymous who asks: Do lobsters dance? This is probably best answered by looking here. Oh, and Small Pink Lobster is still struggling with A Very Hard Question. Questions and comments are always welcomed in foreign languages, even though we have no idea what is being said.

I hope the little fellow below was unharmed. 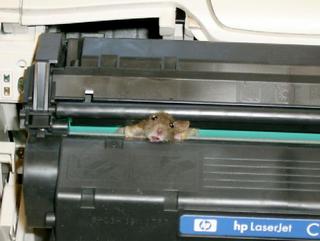 Problems with the American Free Zone

Lobster on Sand reports that the AFZ my not be as solid as first thought. A correspondent on Guido Fawkes' blog informs us that a family of four Americans have been seen in London. I have received the following photographic evidence that the report is indeed true. Unfortunately the correspondent, a Mr S Gran, doesn't inform us where in London they were seen. If you recognise the location, your help would be appreciated. 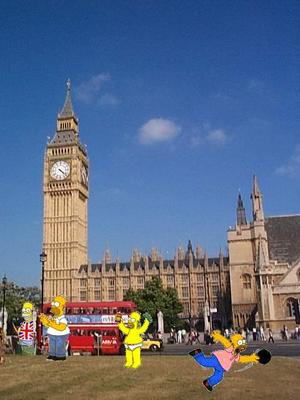 Please try to remember that you can rude about Americans, but you must try not to hurt them. I have seen it reported elsewhere that it is OK to hate people. Well its not. Even though humans have done great damage to sea creatures, we must try to remember that humans are not as advanced as marine life. They cannot breathe underwater for instance.

Just to show you what nice people Americans can be, I have assembled a list of four great all-American heroes. They are:

On the other hand, it was quite hard to find a list of four all-American bad boys. After much searching around, the list is:

My advice for enforcing the American Free Zone would be to treat any Americans that stray into it in the same way you would treat a goose that had wandered onto your best flower-bed - shoo them away. Remember that since Americans try to be eminantly agreeable, you can always reason with them. Try saying: "It will keep you safer, and it will keep us safer".

Millions of Americans around the world are already helping by not being in London, but as ever, it takes just a few to spoil the fun for everyone else.

Ever had one of those days?

Crab Under a Rock asks if you have ever had a bad day?

Work has already started on the Olympic Stadium.

One local Council has already started putting up these signs: 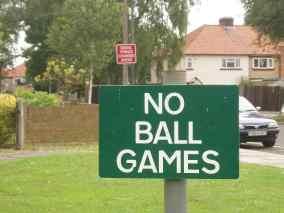 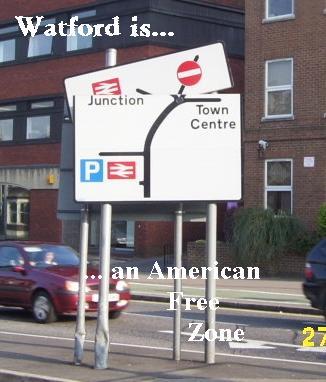 Salty the Animated Lobster is saying:

"Watford has been declared an AFZ according to reports on the BBC today."
# posted by Lobster Blogster @ вторник, юли 12, 2005 16 comments

Lobster Blogster was recently invited to draw a pig. Naturally, being marine based with claws, not hands, and unfamiliar with what a pig looks like, this proved quite a challenge. You can see the resulting mess here.

Lobster Diagram informs me that there is demand for a page of animated lobsters, not least by Colleen. After the initial flush of excitement at coming up with an entirely new and original resource for the internet, work on this page seems to have tailled off a little bit. I make a firm commitment to let Animated Lobsters fans know if there are any new developments.